Superconducting quantum circuits are powerful platforms for multi-mode quantum optics due to their simple engineering, established fabrication processes, and well-developed measurement methods. In this study, we explore the dynamics and interactions of travelling as well as standing microwaves, emphasizing the interaction of modes through various coupling methods.

First, by numerical simulations, we analyse the behaviour of boson sampling with superconducting circuits, and after describing effects of decoherence, we estimate the behaviour of the proposed system as an interferometer [1]. Next, we experimentally exploit the nonlinear kinetic inductance of superconducting tungsten-silicide to implement parametric amplification [2] and for itinerant wave-mixing in compact devices, e.g. in a Fabry-Perot interferometer and in a square-lattice of resonance sites [3]. 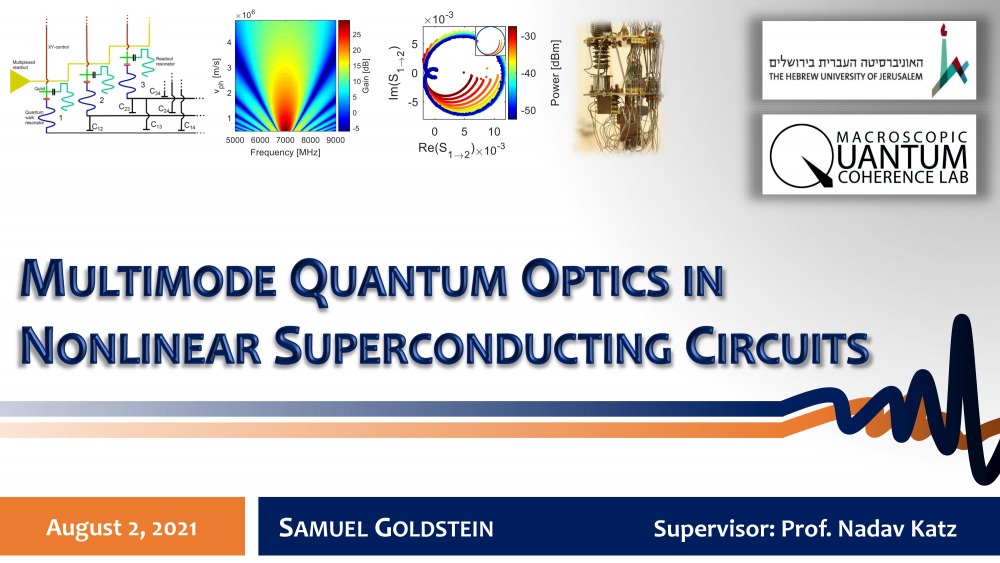